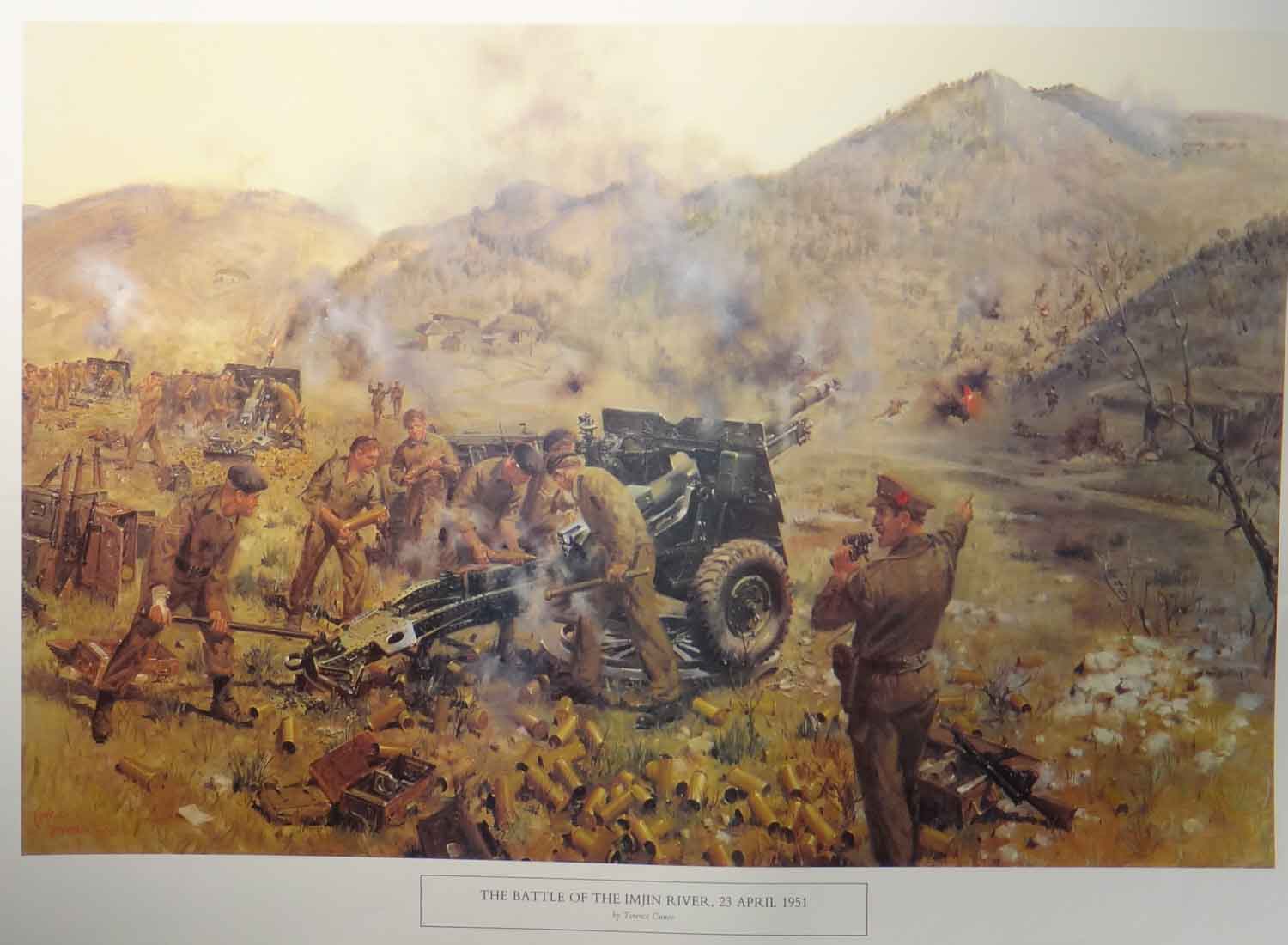 The Battle of the Imjin River, also known as the Battle of Solma-ri or Battle of Gloster Hill in South Korea, or as Battle of Xuemali in China, took place 22-25 April 1951 during the Korean War.
The Japanese invasions of Korea of 1592 - 1598 or Imjin War involved two separate yet linked invasions: an initial invasion in 1592 (Imjin Disturbance), a brief truce in 1596, and a second invasion in 1597 (Chongyu War).
The conflict ended in 1598 with the withdrawal of the Japanese forces from the Korean Peninsula after a military stalemate in Korea's southern coastal provinces.
It ultimately resulted in Joseon Korean and Ming Chinese victory and the expulsion of Japan from the peninsula.
The invasions were launched by Toyotomi Hideyoshi with the intent of conquering the Korean Peninsula and China, which were respectively ruled by the Joseon and Ming dynasties.
Japan quickly succeeded in occupying large portions of the Korean Peninsula, but the contribution of reinforcements by the Ming, as well as the disruption of Japanese supply
fleets along the western and southern coasts by the Joseon navy, forced a withdrawal of Japanese forces from Pyongyang and the northern provinces to the south in Busan and nearby regions.
Afterwards, with righteous armies (Joseon civilian militias)[31] launching guerrilla warfare against the Japanese and supply difficulties hampering both sides, neither were able to
mount a successful offensive or gain any additional territory, resulting in a military stalemate.
The first phase of the invasion lasted from 1592 until 1596, and was followed by ultimately unsuccessful peace negotiations between Japan and the Ming between 1596 and 1597.