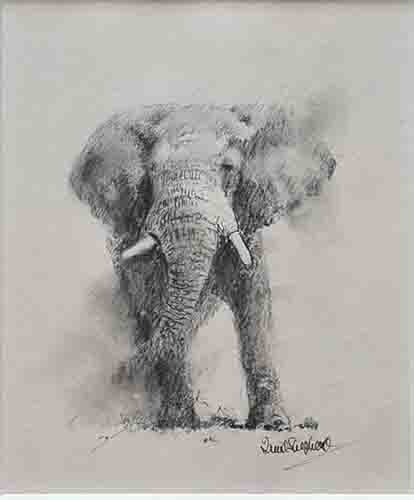 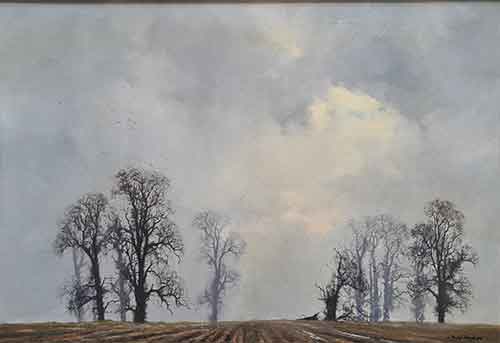 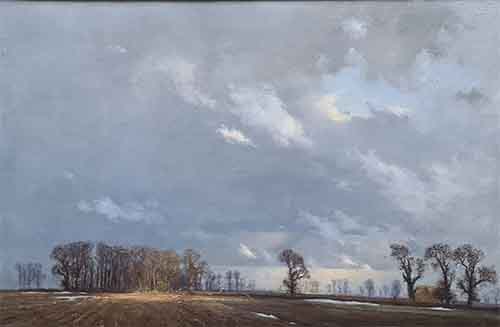 The images above are original oil paintings and pencil drawings by David Shepherd
The paintings span a large range of David's work, some are over 50 years old and several have been painted within the last 10 years.
Although he is well known for his wildlife paintings, it can be seen that
David was able to capture so well the character and atmosphere of landscapes and street scenes in his paintings.

In his early years, David Shepherd would spend many hours painting in and around London
We can see several of his works here.. 'Brompton Square' and 'Shepherd Street, Mayfair'
These have a deep richness of colour and recreate beautifully the character of the streets and the atmosphere at that particular time.

The landscapes were painted in Surrey and Sussex, and there is one rather rare painting of the steep hill in Lincoln.
'Kynance Cove' in Cornwall was David's 5th print to be published and disributed by Boots.
The 'Elephants and Lion' painting was commissioned by a collector working in Tansania, it was an actual scene that he remembers well.

Having begun his painting career by chance in Africa, he was initially disappointed to be told he was not required to be a game warden in Kenya.
He managed to save up enough money by selling his paintings to tourists to return to England on a steamship and pursue what was to become his life career.
Initially he was flown across the middle east and Africa by the Royal Air Force, and painted many commissions of aircraft and the surrounding environment.
His main 'break' came when he began painting th African wildlife that he loved so much.

His first oil painting of an elephant 'Wise Old Elephant' was published, and was such a success that it sold more prints than any other print in the world.!
From then on he produced many paintings of the great wildlife of Africa and India and became known as one of, the finest wildlife artists in the world.
His paintings have always been highly revered and the investment value can show a substantial increase.
We are very pleased and proud to be able to offer such a fine selction of David's paintings for sale.

Back to David Shepherd prints for sale 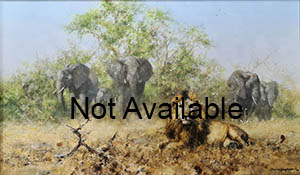 The Ivory is Theirs
Original remarqued drawing 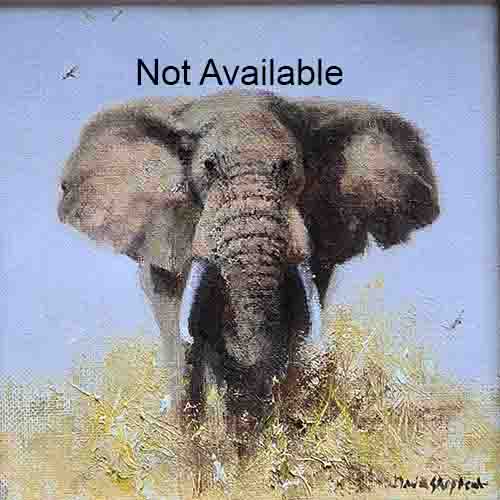