The Ivory is Theirs
complete with Original Remarque 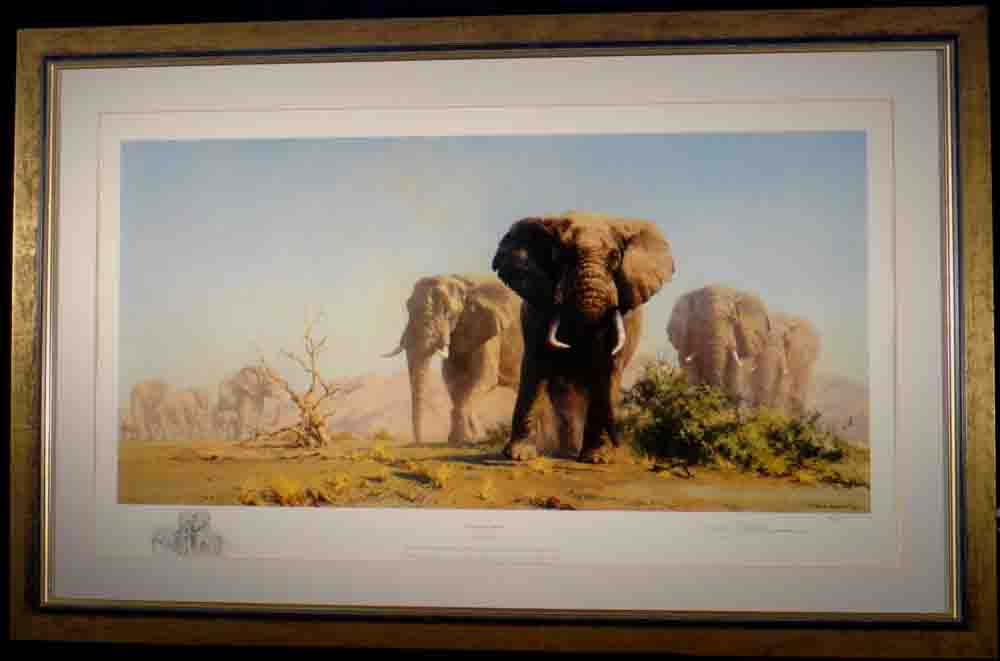 The Ivory is Theirs complete with original remarqued drawing
Signed David Shepherd and dated
Originally published as an open edition to raise funds for David's 'Save the Elephants' charity
One hundred were numbered signed and an original drawing of Elephants was added to the print
This is very rare, and it is the first time we have come across one of these remarqued copies.

Studio open 7 days a week!
Viewing by appointment
EMAIL:-administrator@davidshepherd.com
Back to David Shepherd prints for sale