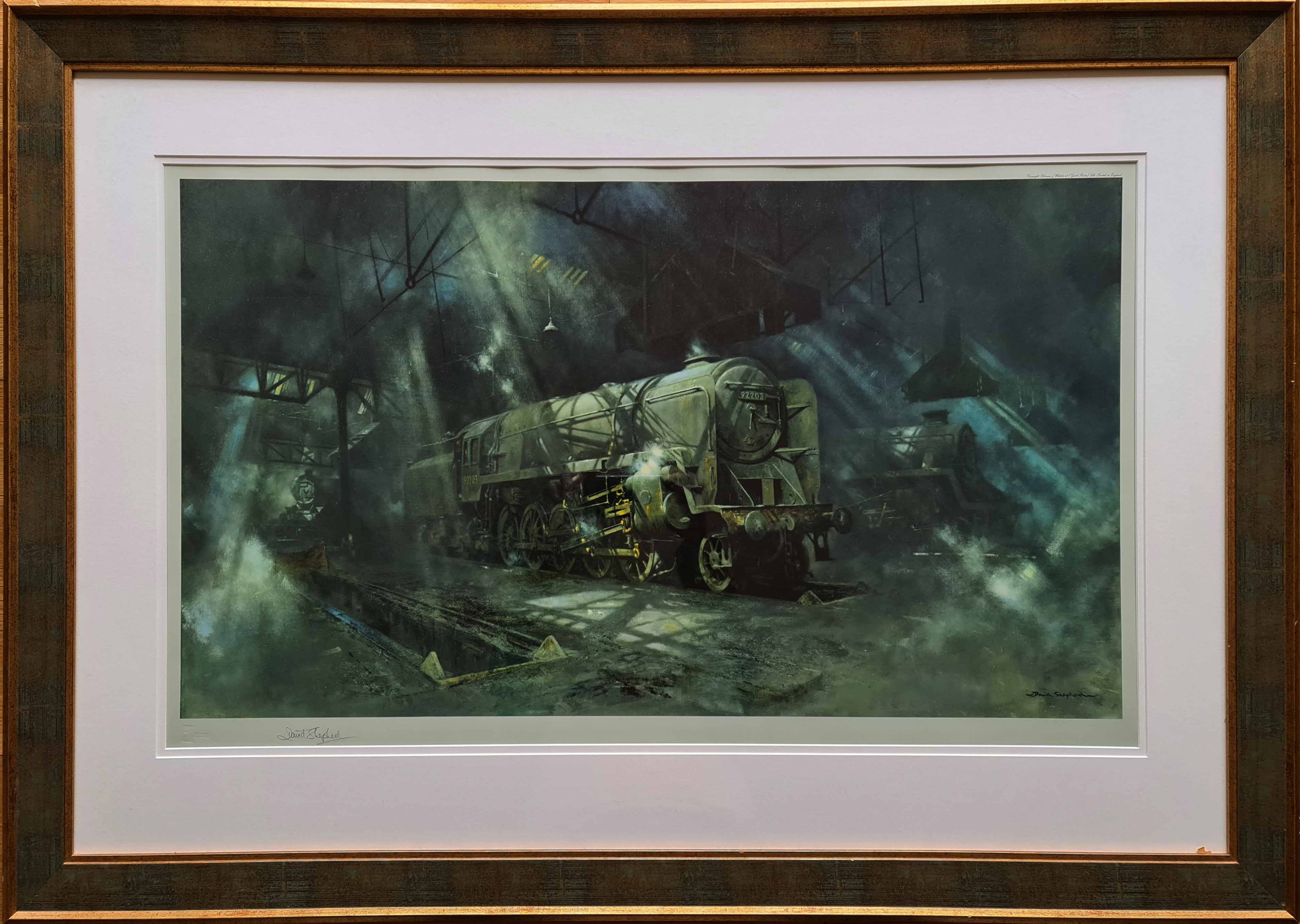 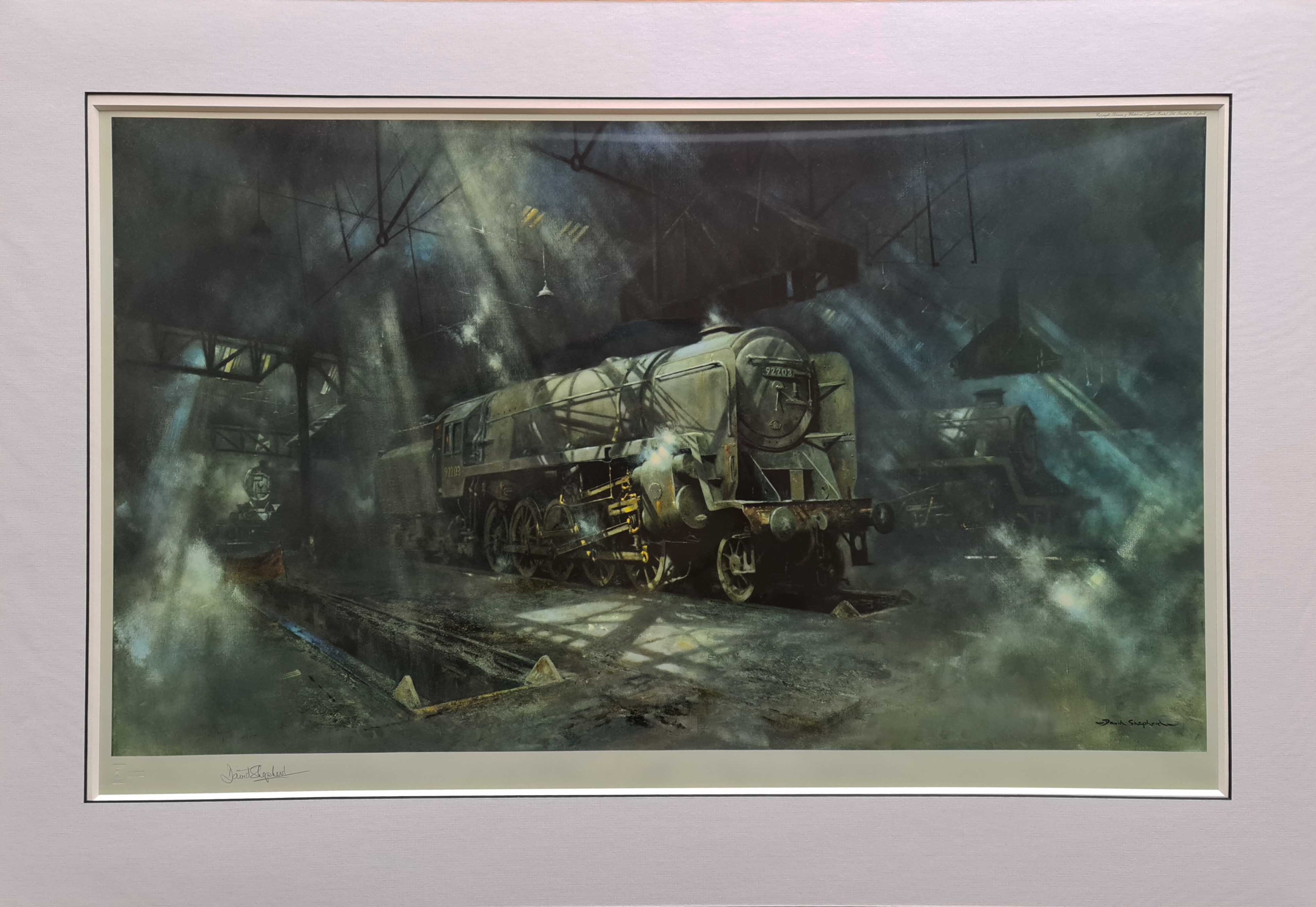 In the cathedral atmosphere of one of the great steam sheds, 92203 and 75029, two tired and grimy workhorses, await their turn of duty. B.R. Standard 9F 2-10-0 no. 92203
was one the last steam locomotives to be built in Great Britain, in 1959 at Swindon. The Standard 9s could indeed be termed the ultimate in British Steam Locomotive design,
and the class consisted of two hundred and eighty one engines, 92203 is the only one to be retained for private preservation B.R. Standard 4 4-6-0 no. 75029 was one of a class
of seventy-nine mixed traffic Locomotives, and she was also built at Swindon, in 1954. I purchased 75029 in November 1967 upon her withdrawal from British Railways and
she was stabled at Wrexham, having worked on the Cambrian Coast Line. 92203 was purchased at the same time, from Birkenhead shed. She spent the early part of her life
on the Somerset and Dorset before going north, finally working on the massive iron-ore trains from Liverpool docks.

They have now been restored to full working order and to their original liveries
- 75929 in B.R. Standard Green, and now named "The Green Knight"
- 92203 is now in black livery and named "Black Prince".


30 years experience and a collection of hundreds of David Shepherd signed, limited edition prints in the UK!